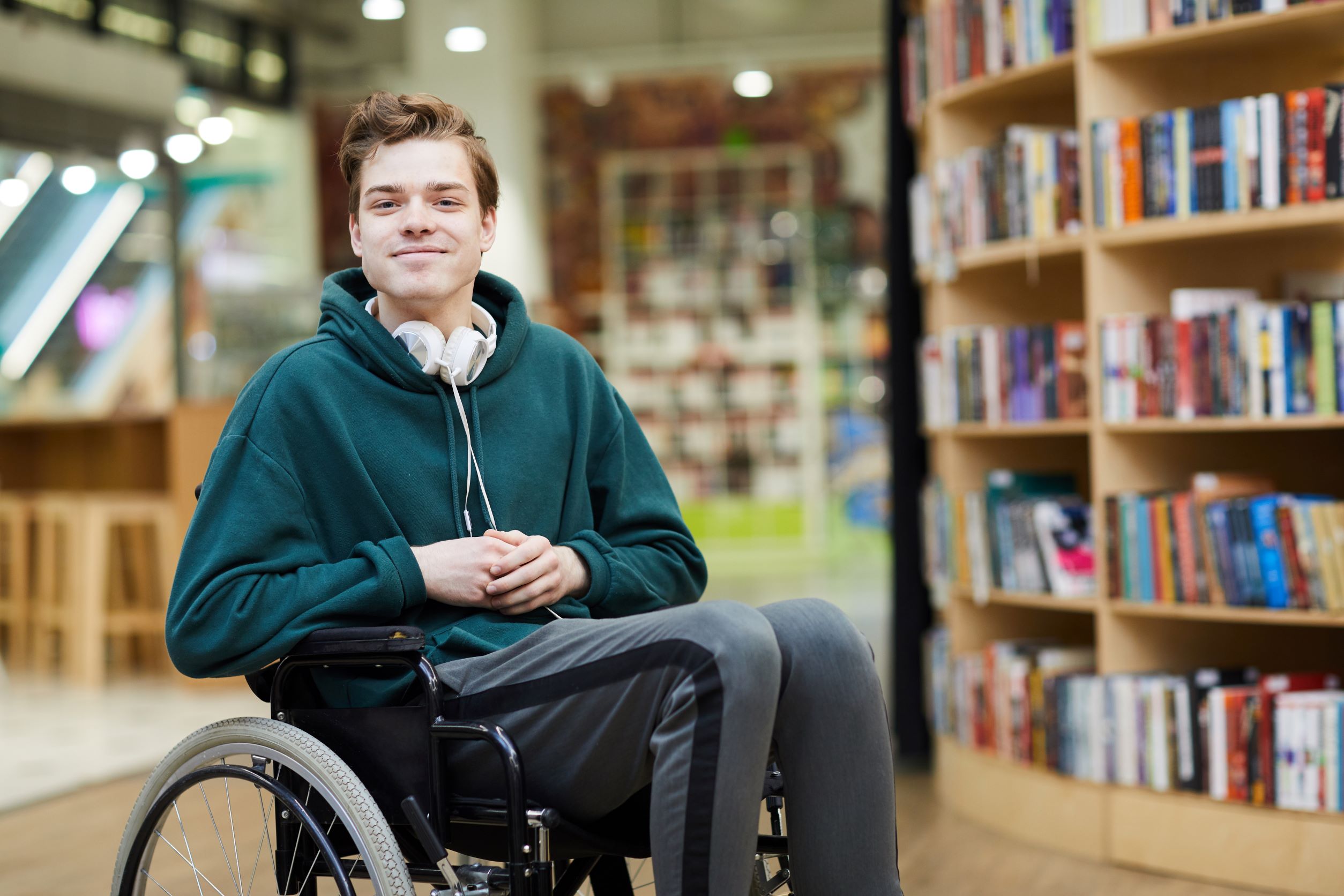 Spinal cord injuries (SCIs) can disrupt the urinary process. For example, nervous system messages coming to or from the bladder may not work. Because of this, some people with SCIs cannot tell when their bladders are full, or they may not be able to release urine on command.

In addition, some individuals experience bladder spasms that can cause accidental and random urination. To help with urination, people with a SCI often use a catheter. The need for and type of catheterization depends on the type and severity of the SCI. Learn more about condom catheters as a catheter option from wound, ostomy and continence (WOC) nurse with CHC Solutions, Inc., Cheryl Hutton.

What is a Condom Catheter and Who Can Use It?

A condom catheter is a urine storage device that can manage incontinence in men. Often, condom catheters are suggested to patients who can drain urine but have no control of release.

It is made of silicone or latex and consists of a condom that can be rolled onto the penis and attached using a double-sided adhesive. The catheter is attached to a tube that drains urine into a drainage bag. The bag can either be attached to the patient’s leg or bedside.

Benefits of Using a Condom Catheter

How To Use a Condom Catheter

The Shephard Center Hospital lists the following steps on how to use a condom catheter:

As always, there may be some disadvantages associated with a catheter. In this case, condom catheters can cause skin irritation and breakdown, they can leak if they are the wrong size, they are more likely to fall off, there can be an allergic reaction to the latex and they may be painful to remove.

Talk to your doctor about which catheter works best for you and for more information on condom catheters, click here and to view our urology blogs, click here.

*Disclaimer: Any health and wellness content presented is for general informational purposes only. Such content is not intended to replace or serve as a substitute for professional medical advice, diagnosis or treatment.